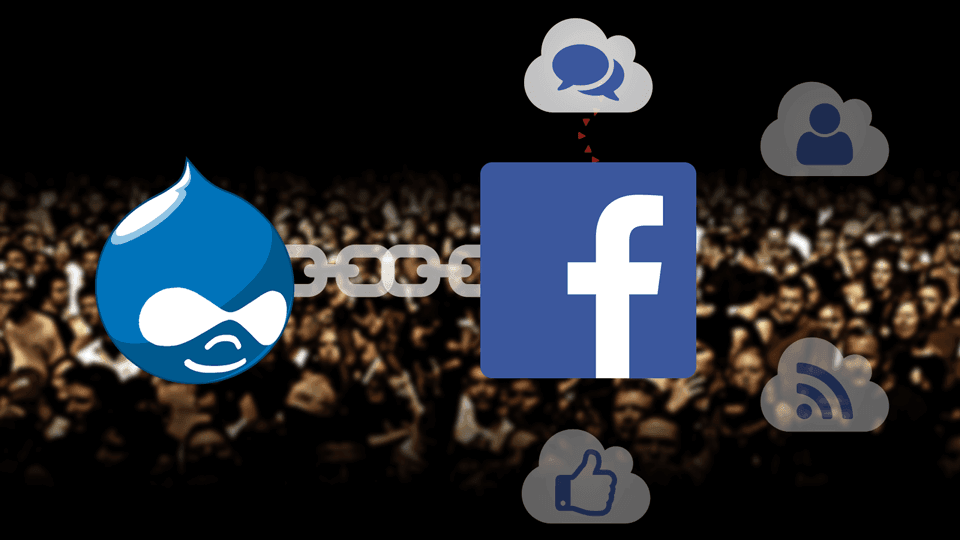 There's a confusing array of comment or discussion modules available for Drupal. While the core Comment module is functional for a basic website, it does require further work to prevent spam, apply your design style, and adapt for mobile use. This can be avoided by using one of the many social media based comment modules. These modules allow integration of Drupal comments with an existing social media platform. One of the most popular is, of course, Facebook. It's fairly straightforward to setup Facebook Comments on a Drupal website.

We like the Disqus module integration for comments on Drupal websites at Daymuse. However, it lacks a key value proposition that Facebook Comments offer and that's sharing. Facebook Comments allow (and set by default) users to share their website comments with their friends.

Unless the commenter alters the default setting, any comment on a website will be shared with the commenter's friends along with a link to the relevant page. Their comment and your website may appear in their friend's News Feed. That's a big boon for increasing your website's reach if you have an active audience. 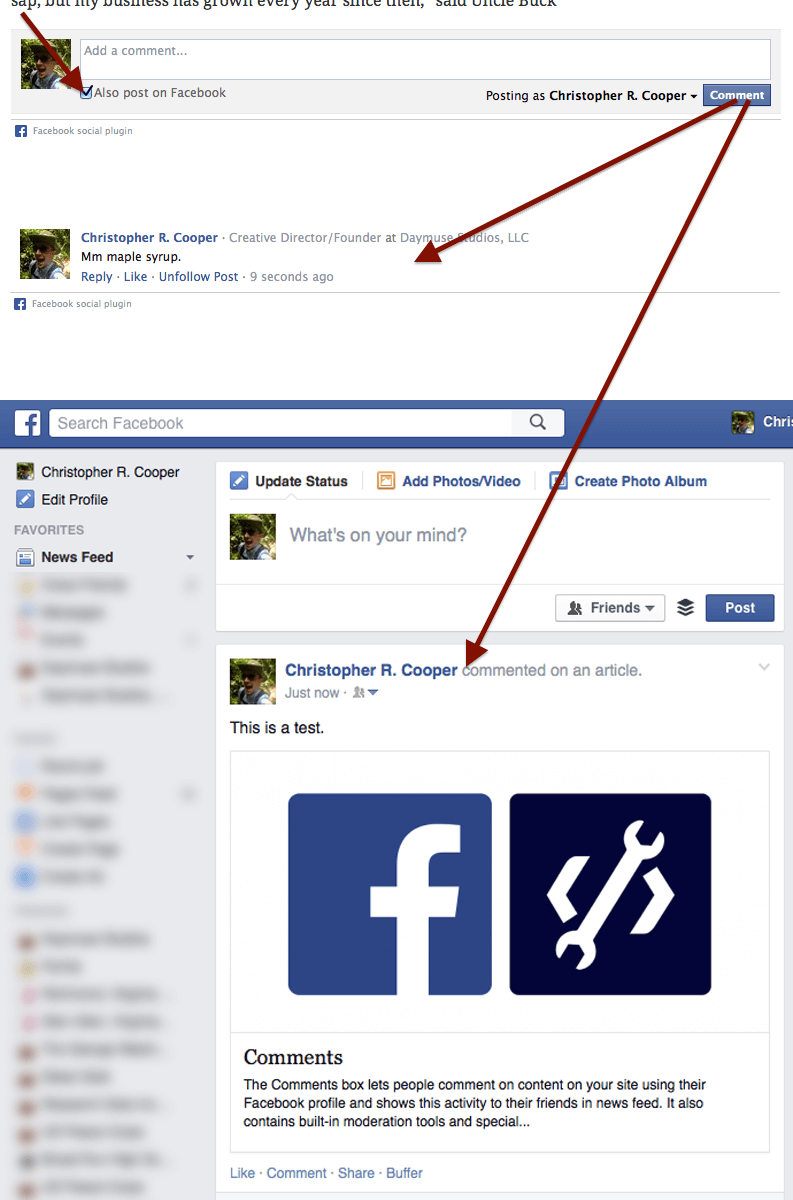 The downside is of course that if you solely use Facebook Comments as your discussion platform on your website (and it may be awkward to use multiple commenting systems), you'll limit your commenting audience to Facebook members. While most internet users do have Facebook accounts—limiting the downside to this requirement—only a subset will willingly comment using their personal identities on public websites. This is the cost of using Facebook as your Drupal website commenting system.

Facebook's Comments Plugin also contains moderation tools that can be utilized through the Facebook site. There's some customization of how the Comments Plugin will appear on your webpages, too.

This Comments Plugin can be integrated with Drupal by way of a few different Drupal modules. I've tested these modules over the years and have settled on the Facebook Comments Social Plugin module as my go-to solution for Facebook comments in Drupal. The Facebook Comments Plugin and Facebook's APIs change frequently which means ideally Drupal would have a module available that kept pace with the updates. Unfortunately, the Drupal Facebook-related modules tend to be rarely updated. Still, the Facebook Comments Social Plugin module tics the necessary boxes to get Facebook comments running on your site. It will integrate comments with certain Content Types, allow configuration changes, and adjust the appearance of the comments. It provides a basic Facebook commenting solution.

Let's look at the install and setup process for the Facebook Comments Social Plugin Drupal module.

Here's a one-liner for Drush to grab the stable/suggested version:

The dev version I am using in this tutorial is 7.x-1.0-beta2+6-dev. After installing, head to the config page (/admin/config/content/facebook-comments).

Reconfigure the settings options to match your use case. Let's review some of the options and what they mean along with some advice for each.

The color scheme option allows you to align the display of the comments with the general colors of your Drupal theme.

Most folks are going to stick with the Light color scheme. It looks like the comment threads you've most likely seen. It's primarily white based with a light gray box and a dash of Facebook's blue.

The View mode option allows you to set where or when the Facebook comments will display. Most likely you'll want this set to "Full node". This means that the Facebook comments will only display on a full node page (e.g. /node/23). You can also display the comments on Teaser view modes or both Teasers and Full nodes. Rarely do you want to display comments on something like a listing page that has a several node teasers, but it's an option.

If you've opted for the dev version of the module, now is the time to setup a fluid width to support your responsive design. Despite the help text suggesting a pixel-based width, enter "100%". You'll also want to tic the checkbox just below the width entry: "Fluid Facebook comment plugin width (nodes)".

If you need the comments box to be a static width, set the total pixel width desired for the comment thread area.

Follow the same process as you did for the nodes width above for the blocks. This is only relevant if you intend to show Facebook comments within blocks. Leave the default setting if you're not.

Be sure to set the total comment count to display in the block with the "Amount of comments to display (block)" option directly below, too.

If you intend to have mobile friendly Facebook comments through responsive design, you will have trouble displaying them on individual node pages by way of a block. Instead, use the nodes option above.

This step is unnecessary if you just want to get started with integrating Facebook comments in Drupal. Later, you can create a Facebook App and then set the App ID here in order to group moderate comments through Facebook itself. Without doing so, comment moderation within Facebook will be more manual and slower, but it's one less thing to get bogged down with while you're just trying to get started. 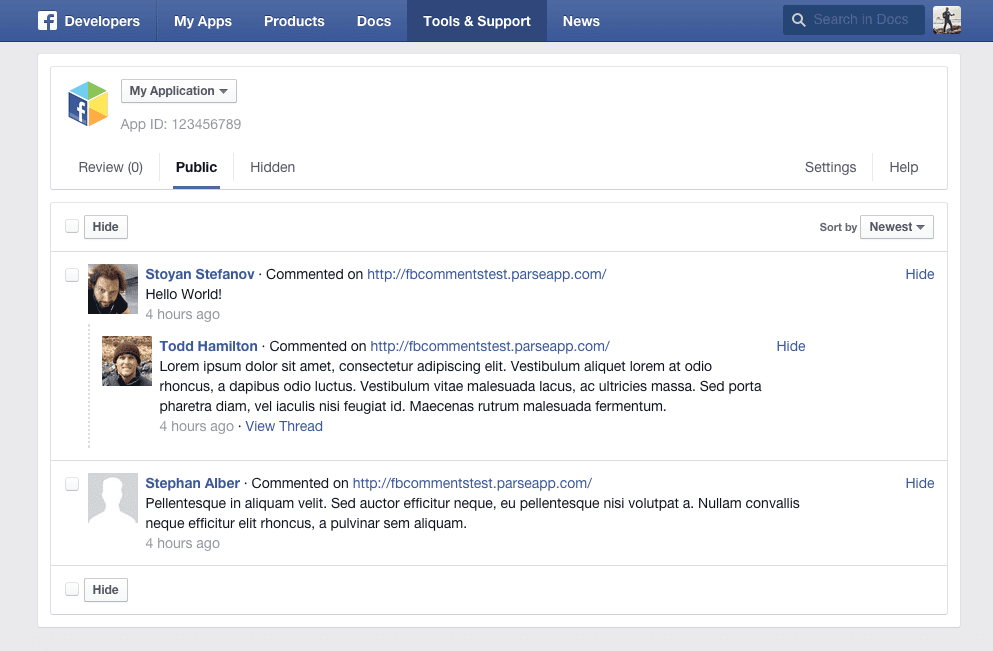 If you really want to create a Facebook App, you can get started with a Facebook website app (www App). You'll just need the App ID after creation.

Once you've sorted out your config options, hit save. 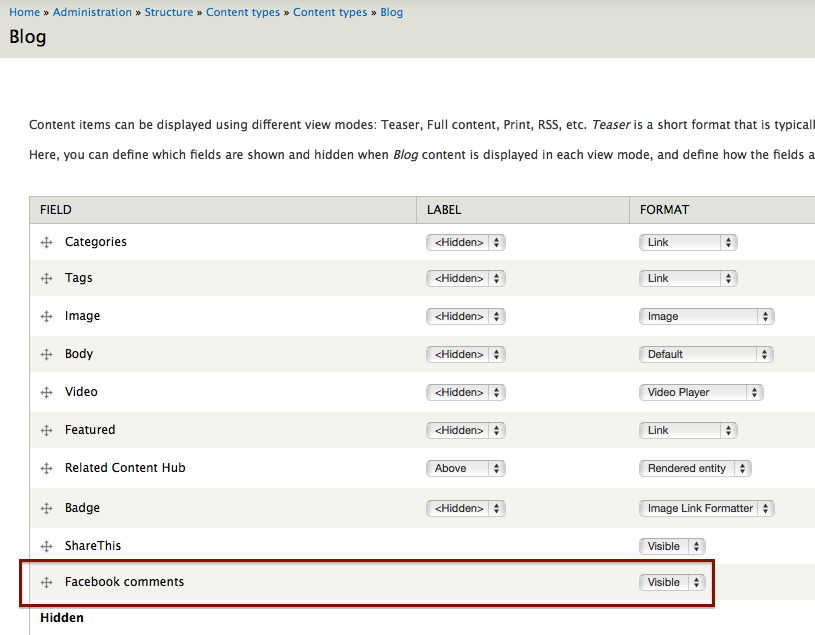 If you're using Facebook comments in blocks, be sure to navigate to the block configuration page. Set the now accessible block display into a region of your theme.

Similarly, if you're using the Context module to administer block display, be sure to add the newly available Facebook Comments block to the applicable Context display.

If you've added comments to existing nodes, navigate to a node of a Content Type you've enabled and verify the comment thread is appearing. If they're not, double check your settings.

Sometimes clearing your Drupal site's cache is needed. If you're still having trouble, we do offer Drupal consulting services.

You can control Facebook comments on nodes within a node.tpl.php file. Depending on your theme, the process will vary a bit but generally you control the output of the comments so as to manually display them within a particular section of your node.tpl.php template. Facebook comment styling can also be controlled, somewhat, through your CSS.

If you want to control the output of the Facebook Comments section with your node.tpl.php you can use this code:

This PHP code will give you a good baseline to get started with more advanced control of the Facebook Comments integration on nodes through your template. I've added two unnecessary CSS classes to the wrapping element: clearfix and facebook-comment-wrapper. If your theme has a clearfix class (and most modern ones do, we love Omega for responsive design), this will help set your comments in the right position relative to your content and prevent overlapping sections. Feel free to experiment with removing it. You can use the facebook-comment-wrapper class to apply relevant CSS to the container. Both of these classes are technically unnecessary.

This code will first check to see if the Facebook Comments array value is set and then render them if they are. This should be added to your node.tpl.php if you're manually outputting your fields on your nodes with a template file. Otherwise, the Manage Display field option mentioned earlier should handle the output of Facebook Comments on nodes.

Remember, commenting is primarily to help build a community and a running discussion on your website. Think about your users and the type of platforms they're likely on before opting to integrate comments. Facebook comments are best integrated on website that cater to a casual, friendly audience where individual personalities can shine through.